To a packed audience of the biggest movers and shakers in the Bridal Industry on Monday evening at the annual Bridal Buyer 2011 awards held at the International Conference Centre Harrogate Ellie Sanderson Bridal Boutique was crowned Best Bridal Retailer in the UK. This is an incredible achievement for Ellie and the team and Ellie herself being my gorgeous wife makes it all the better!!

Ellie finally managed to have the dress of her dreams for the awards night, a dress she has been dreaming about ever since she tried it on at Suzanne Neville’s shop in London, it was going to be her wedding dress but thought something more English and traditional from Sassi Holford would be appropriate. However Hollywood style awards are something different altogether so she finally got her Red Messina red silk gown by Suzanne Neville (as was featured on Gok Wans Clothes Show last night on TV and worn by Holly Willoughby on TV in Jan on the Dancing on Ice show).

With nearly 500 entries into this fiercely competitive category this was THE one to win and with 2 incredible boutiques in Beaconsfield and Oxford under her belt in less than 4 years this is nothing short of stunning.

We were all there in force to support Ellie with the managers and some of the staff from each boutique plus Ellie’s mum and auntie and the fantastic team at Pure Couture who are the dressmakers who ensure that each and every one of the designer wedding gowns sold by Ellie and her team fit like a glove on her brides.

I can’t tell you how nervous we all were when it came to this category, Ellie won Best Bridal Display in 2010 which is testament to her incredibly high standards of interior design and layout in her boutiques but this category was too hard to call and the competition was so intense. However we needn’t have worried as Ellie Sanderson was announced as the deserved winner and the champagne corks popped all night.

The annual Bridal Buyer Awards, now in their 10th year, are widely acknowledged as the most important and influential awards programme in the bridal industry. Recognising excellence in retail, design, manufacturing, innovation and export, the awards attract many thousands of entries who are judged, initially, on their ability to meet a rigid set of criteria.

The judging process itself is lengthy and complex, with three independent panels investing time and experience in assessing the category finalists. Retailer awards are judged by a team of industry suppliers with an overview from trade associations and the media; supplier award winners are picked by a panel of top-notch retailers, again with input from the relevant trade associations.
This year there were no less than 17 categories in the Bridal Buyer Awards. The glittering ceremony on 14 March, at a black tie dinner at the Harrogate Exhibition Centre, saw the coming together of the stalwarts of the bridalwear industry. Some 600 guests from across the UK, Continental Europe and the US joined forces to celebrate the best – and that firmly included all the finalists involved, many of whom were separated by just one or two voting points.

Some of the other winners were:

So a HUGE, MASSIVE congratulations to Ellie and her fab team, here are some of the snaps from the night. 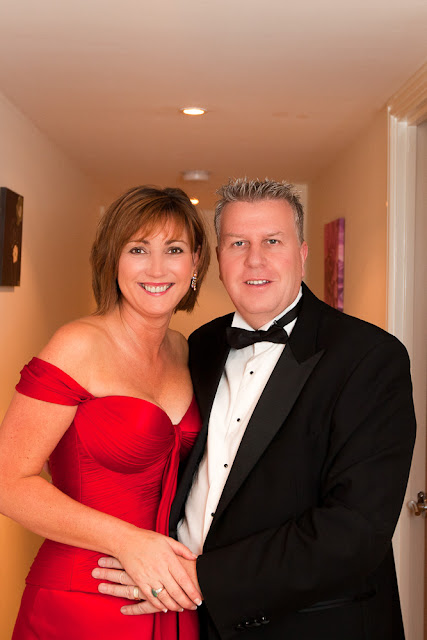