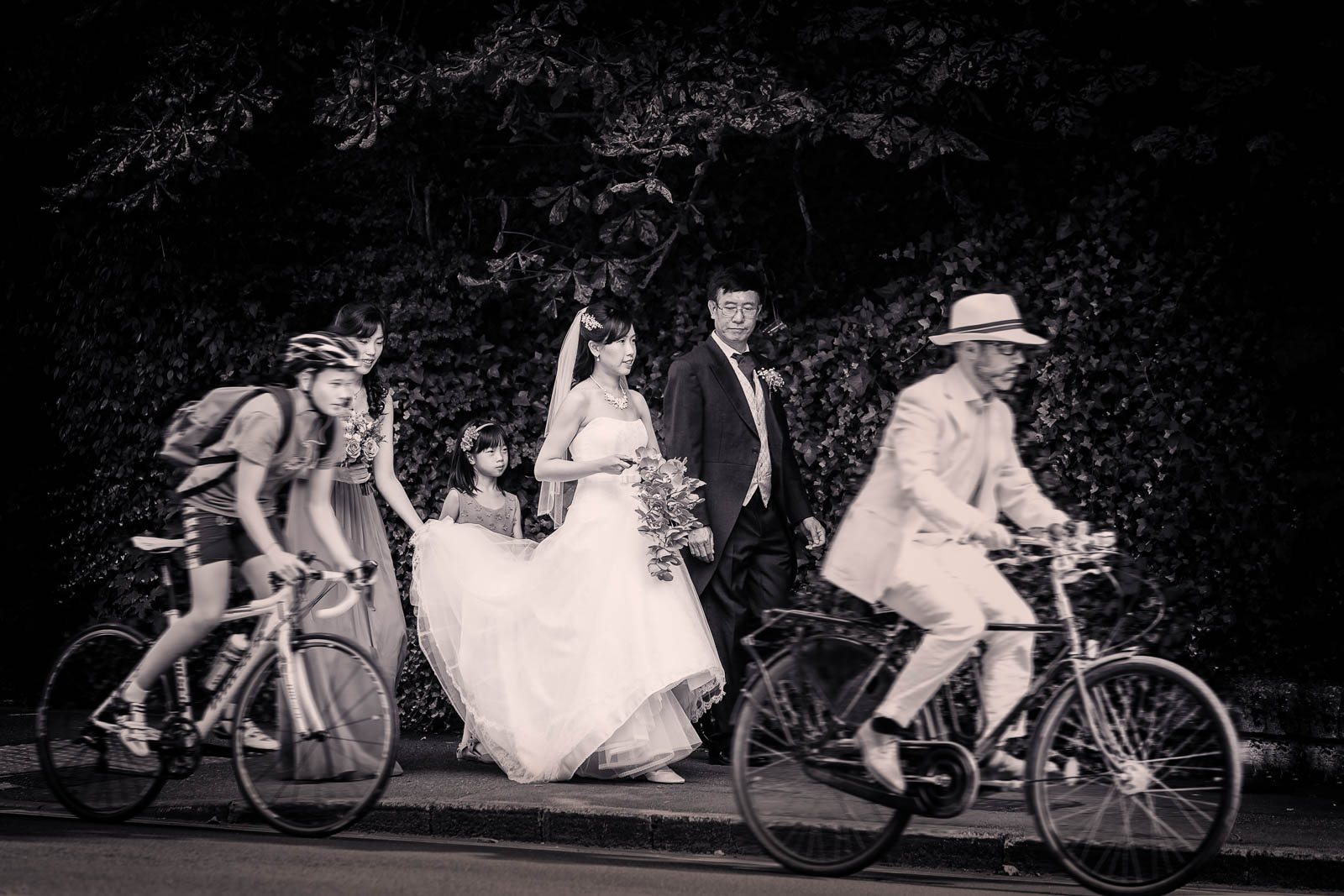 In mid-January this year I made my annual pilgrimage to the annual SWPP Societies International Photography Convention at The London Hilton Metropole.

Mainly I attend to listen and be educated by the many other great photographers that are there plus check out the latest camera and equipment releases and say hi to some of my fantastic suppliers. Queensberry of New Zealand  in particular showed me some amazing new products they are releasing this year.

I was also really pleased to get awarded a merit for one of my 2014 wedding prints in the 20″ x 16″ competition which is another huge international competition with entries from all over the world.

The image that received this merit award was in the categories of Wedding Photojournalism/reportage. This was taken at a wedding in the centre of Oxford and Xiao-Yin, the bride pictured here with her dad and bridesmaid & flower girl, were wandering down from the famous Randolph Hotel to the ceremony at the beautiful Worcester College Oxford University chapel.

Just as Xiao-Yin was about to cross the road I saw two of the many cyclists that populate Oxford’s roads approach. I know it would need some pretty good judgement to press the shutter at exactly the right moment as both were moving fairly fast but I calculated the gap between them would be perfect if they both stayed at the same speed. I love the “old and the new” of this picture, should both cyclists been dressed as the front one then this picture could have been taken back in the 1940’s but the modern cyclist brings everything bang up to date. Even better was the wedding dress was from my wifes’ bridal boutique Ellie Sanderson in Oxford 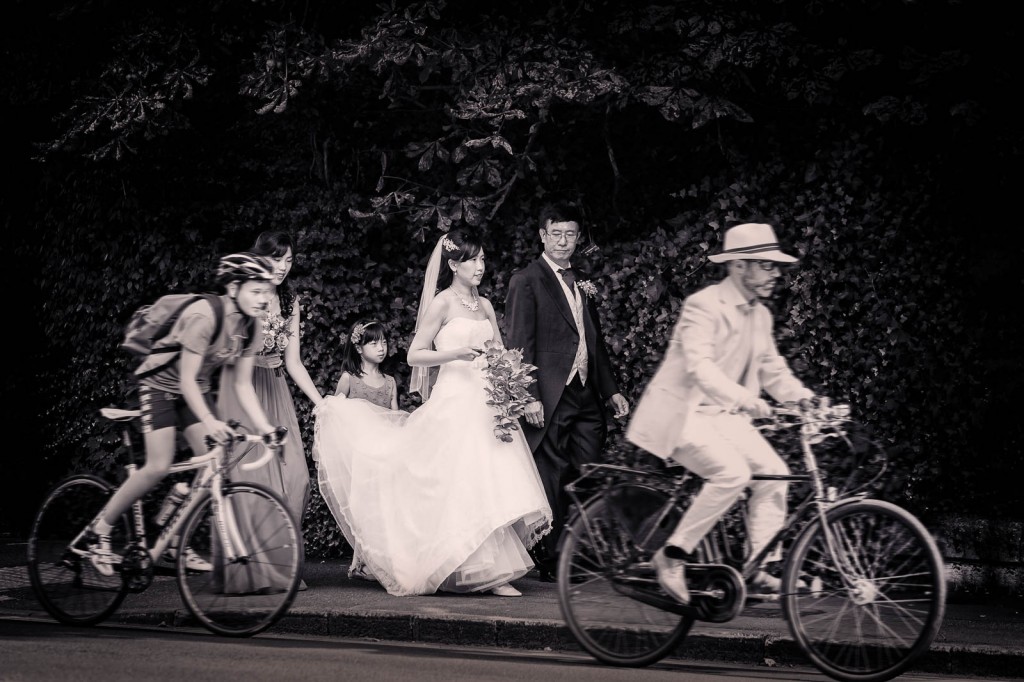