More Wedding Award Winners for Us

I was thrilled when 3 images from 2011 weddings picked up coveted Silver Awards in the monthly International photographic awards competition with the SWPP.  The Silvers and Golds are for me the ones to feel most proud of as they are so sparingly awarded to images judged to be of the highest standard. Often some of the Silver Awards go on to be upgraded to Gold Award status at the end of the year and this has happened to me before.

First up we have an image of Ruki & Phil shot at Stoke Place, Buckinghamshire at the end of January this year, a wonderful Asian Fusion wedding to brighten up even the coldest of winter days!. This image was taken after all the daylight had well and truely gone and we sneaked away to get this shot before the first dance. I just love the way the glass chandelier looks like shards of glass falling and I really love the moody, brooding expression of the bride, lit with just a touch of my trusty video light off-camera. 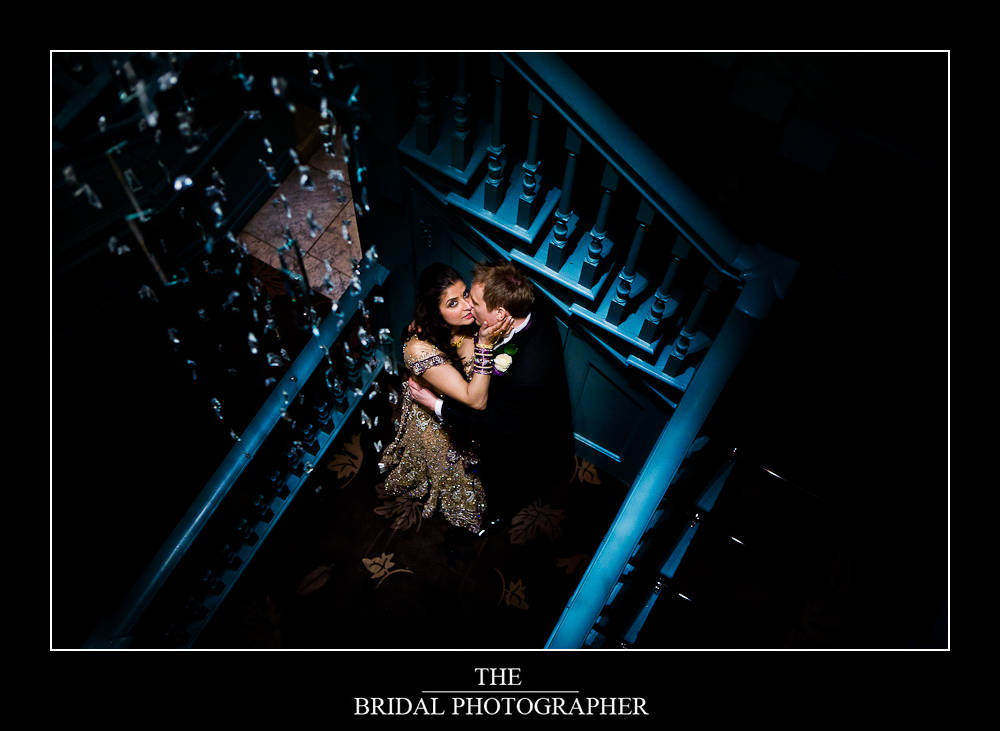 Next we have our stunningly beautiful bride Sarah from a the wedding of Sarah & Matt which took place on 28th May 2011 in Berkshire and who arrived at the church in the centre of Windsor in the most amazing vintage cream and black Rolls Royce wedding car. I took several shots of her looking out of the window directly at me which were lovely, but then she caught sight of someone she didn’t expect to see and it’s this expression of surprise and happiness that makes the image and what the judges picked up on to award it a Silver Award in the monthly SWPP International competition. 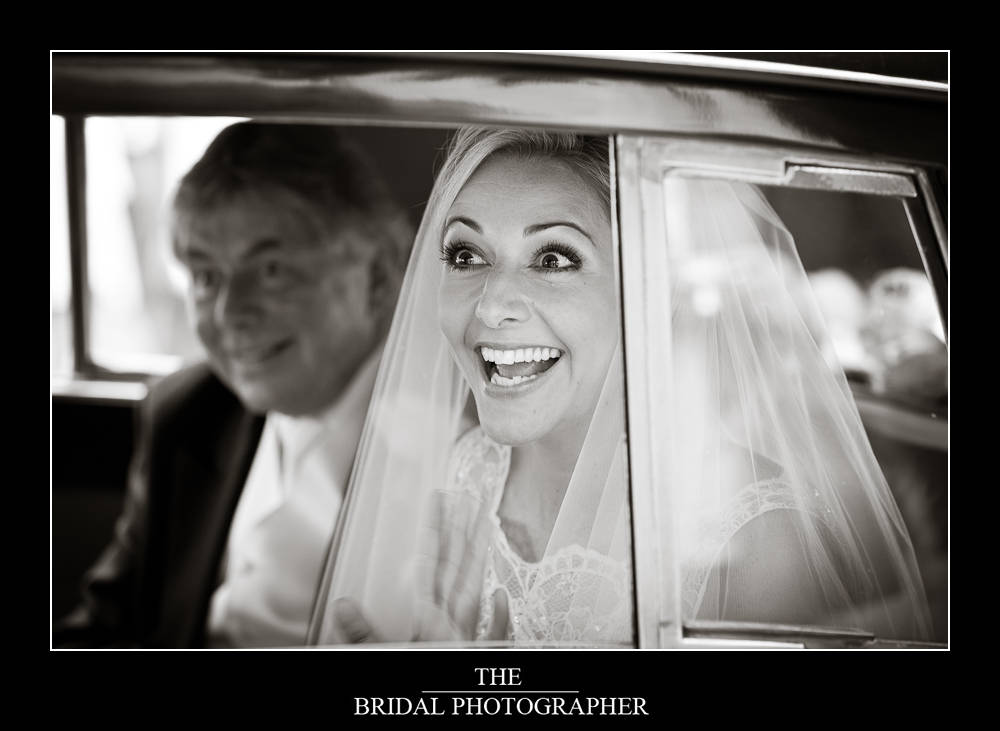 From the very same wedding as the photograph above, we have an image of the four bridesmaids outside the church  as Sarah arrived in her wedding car. This was one of the windiest weddings I think I have ever photographed and the girls were dressed in very lightweight beaded organza/chiffon dresses which seemed to blow up at every opportunity. The girls had to hold down their dresses so as not to give all the guests and tourists a view that was more than they bargained for!, no mean feat which also trying to hold a bouquet and keep your hair in one piece. I think one of the girls dresses had just blown right up and it set them all off in fits of giggles, I got two frames off of this scene and this one seemed to capture the very spirit of the day and is a true un-posed Photojournalism ‘moment in time’ and the sort of image I am most known for. The judges felt it stood out from the pack and awarded it a Silver Award in the Wedding Photojournalism category. 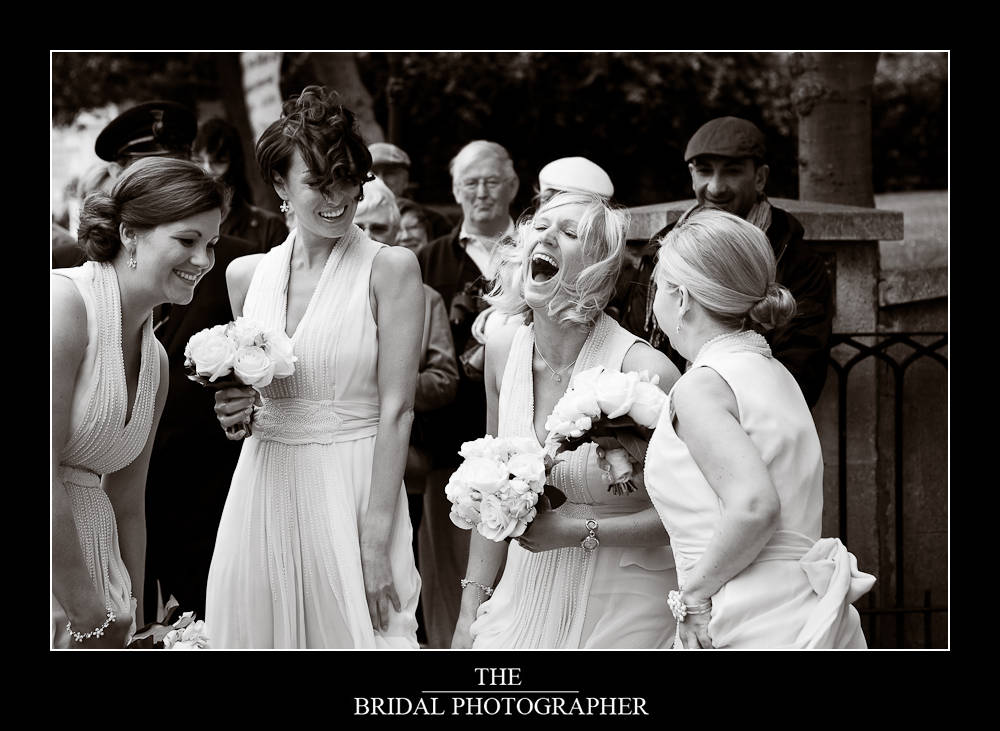 In this months competition I also managed to score two Bronze Awards for the two images below .

The image here was taken after the bride Anna-Marie reached the bottom of the stairs in her beautiful Ritva Westenius designer gown and just glanced up at me, I love the feeling of movement in this image………..the wedding was of Anna-Marie and Andrew at Horwood House, Buckinghamshire on 27th May 2011 (the day before the wedding above!!) 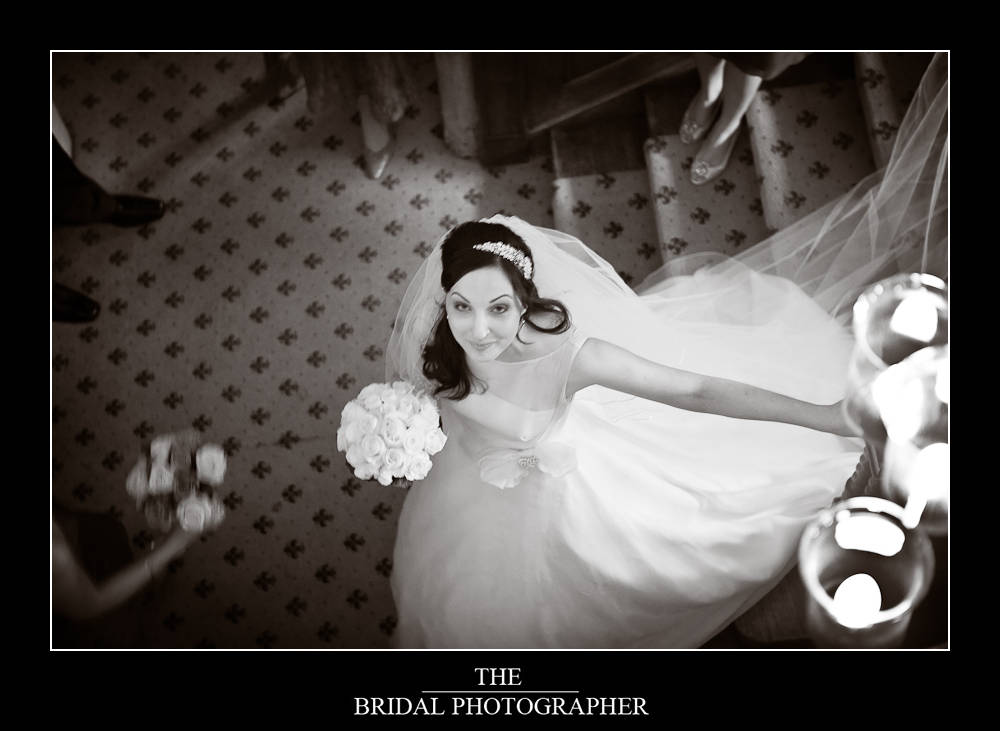 Finally we have a Wedding Contemporary Image take at the wedding of Emma & Phil at the amazing Luton Hoo Hotel in Hertfordshire on 18th June 2011. This was lit by a video light from the side and I just loved the symetrical almost 3D pattern on the carpet and how it seemed to frame the couple. It’s one of the couples’ favourite images that I captured for them on the day, time after the main work of the day to get a little more creative and experimental. Sometimes these shots work, sometimes they don’t happily this one did, for me it has the feeling of a circus big top, don’t know why, perhaps the lighting……… 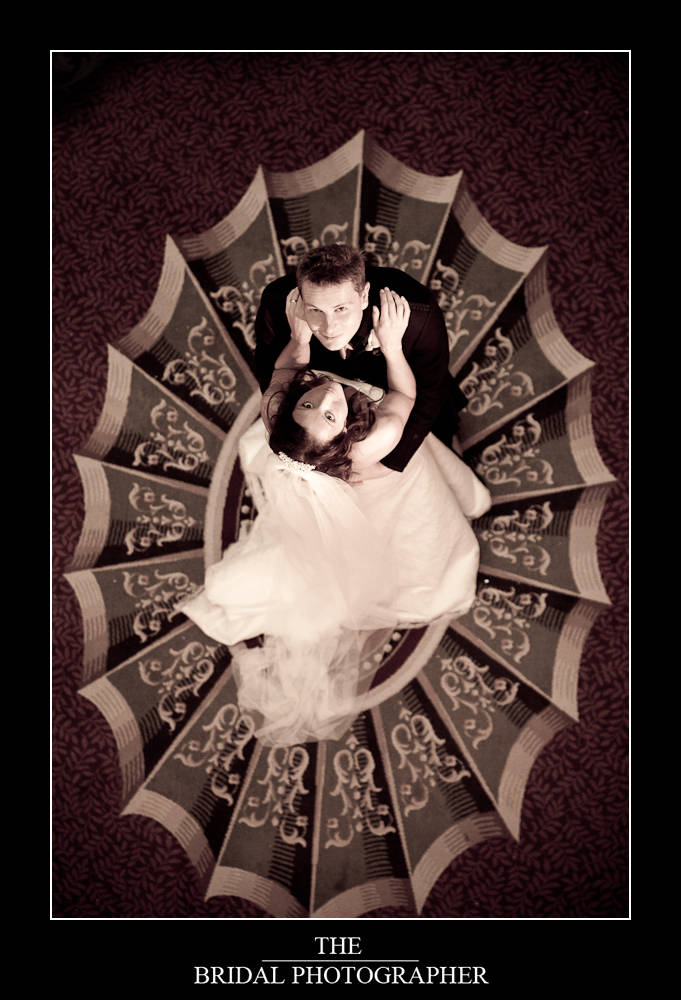